SHAREHOLDERS of Australia's largest railfreight operator QR National have voted by an overwhelming majority of 99.24% to change the name of the company to Aurizon Holdings Limited at the company's annual general meeting on November 21. 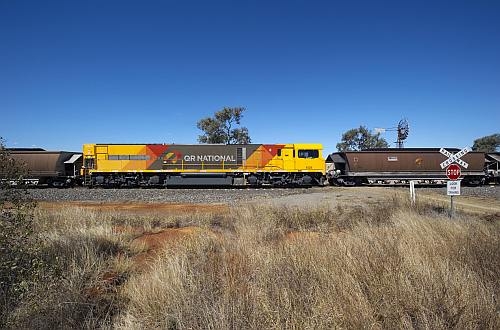 QR National chairman Mr John Prescott says that the QR National brand was an appropriate choice for the company during the structural separation from Queensland Rail (QR) and the privatisation process in 2010, but it no longer reflects the direction of the business.

"Many customers, shareholders and other stakeholders continue to confuse our company with QR," he says. "They are confused about the services we provide, where we operate, and who owns the company. In our view, Aurizon reflects the national scope of our operations along with the enormous growth opportunities we see on the horizon."

For the first quarter of the 2013 financial year, overall coal tonnages fell by 1% compared with the same period the previous year. Volumes declined 4% in Queensland but this was partially offset by a 15% rise in New South Wales.

October saw significantly higher coal traffic, underlining the variability of volumes from month-to-month. Overall total freight volumes were up 2% for the period including a 75% year-on-year increase in iron ore.

CEO Mr Lance Hockridge told shareholders that the company expects the lower level of demand to continue in the near‐term.

"With variable rail traffic over the first four months and the wet season approaching, it is difficult to provide certainty on full year coal haulage volumes to June 30 2013," he says. "Our best estimate of 195-205 million tonnes therefore remains unchanged."