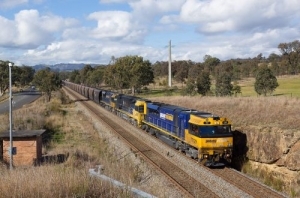 Qube has been in involved in a high-stakes tussle to acquire Asciano for several months in competition with Canadian group Brookfield Infrastructure and its partners.

In early February, the board of Asciano recommended its shareholders accept what it believes is a superior offer from Qube and which Brookfield has failed to match or better during a mandatory grace period.

Qube has yet to make a formal announcement as to the future of the Pacific National rail operations, which account for around two-thirds of Asciano's revenues, but has previously indicated that the rail assets will be acquired by its consortium partners which include Global Infrastructure Management Australia, Canada Pension Plan Investment Board, and Beijing Shunrong Investment Corporation.

The consortium has offered Asciano shareholders $A 7.04 ($US 4.99) in cash and one Qube share for every Asciano share, valuing its offer at $A 9.07 per share and the business at over $A 9bn.

The transaction is still subject to regulatory approval from Australia's Competition and Consumer Commission which has indicated it is unlikely to hand down its decision until March 24, and the current agreement between Asciano and Qube does not prevent Brookfield making a revised offer.