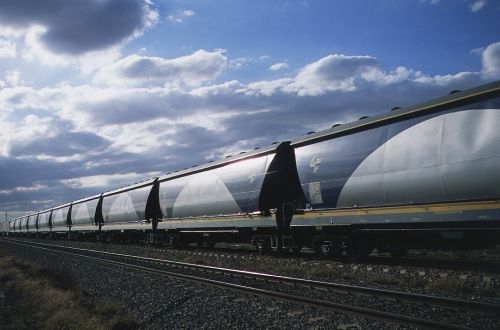 The investment is part of a new joint venture between Qube and Hong Kong-based trading house Noble Group which will trade as Quattro Grain. The proposed facility will have an annual capacity of around 1.3 million tonnes and is expected to be operational in mid-2015.

Noble has committed to use rail services provided by Qube for the transport of grain from inland storage sites to the new facility on a 'take or pay' basis.

Grain marketing businesses, Emerald and Cargill have also made similar commitments to use the facility and to acquire rail services under 'take or pay' arrangements and have options to join the Quattro Grain business.

The rail haulage agreements build upon other existing haulage arrangements with Noble, Emerald and Cargill, which commenced earlier this year, putting pressure on incumbent rail operators Pacific National, and to a lesser extent Aurizon.

Meanwhile bulk handler CBH Group, which owns its own locomotives and rolling stock in Western Australia, has also shown interest in greater exposure to the NSW market and expects to make a decision on whether to commit to an expansion later this year.