THE government of the Australian state of Queensland has announced plans to sell approximately half of the shareholding it retained in QR National (QRN) following partial privatisation of the railfreight operator in November 2010. 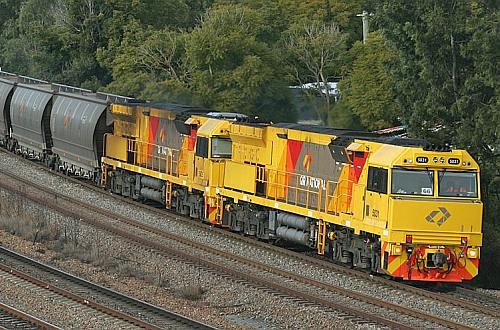 The deal involves a sale of $A 1bn of shares via a selective buyback to QRN and a $A 500m placement to a small number of investors.

QRN has acquired around 14.5m shares at a cost of $A 50m since August, when QR National unveiled an on-market buyback programme. The programme will be suspended pending investor approval of the selective buyback arrangement with the Queensland government.

The selective buyback is subject to approval by shareholders and also by an independent expert to establish that the transaction is fair and reasonable for all shareholders.

Queensland treasurer Mr Tim Nicholls said: "Whilst the Government will continue to review its investment in QRN, we have no current intention to sell any of our remaining shares in the near term."