MAJOR upgrades to the Australian state of Victoria’s regional rail network will be required over the next 20-30 years to accommodate projected population growth, according to a report prepared by the Melbourne-based Rail Futures Institute, which was released on September 5. 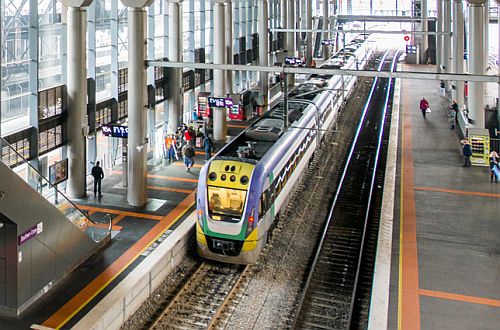 Victoria’s population is projected to reach 10.1 million by 2051 and the report argues that recent growth projections reveal that the population imbalance between Melbourne and regional areas will continue to grow, failing to meet the state government’s own statutory and strategic planning objectives.

The report says while the regional network has seen significant investment in recent years, most recently the Regional Rail Link project, on many routes travel times have barely improved and there are continuing perceptions of unsatisfactory service reliability amongst most commuters.

Despite this, regional rail patronage has more than doubled in the last decade. Key factors include population growth, rising costs and congestion. Continued ridership growth is projected, but capacity gaps will limit the potential to offer additional services.

The report’s authors envisage the improvements being carried out in two phases. The first phase would be completed by 2026 with a focus on delivering significant benefits in capacity, frequency, journey time and reliability. This will require institutional changes and relatively straightforward infrastructure and service improvements.

Longer-term enhancements proposed between 2026 and 2040 would require a step-change in capacity and improved journey times with faster trains and new lines fully segregated from the suburban network.

The report can be viewed in full on the Rail Futures Institute website.