A report from BIS Oxford Economics commissioned by the Australasian Railways Association (ARA) has warned that a fast-developing skilled labour crisis in the rail sector will deliver a “substantial blow-out in project costs and delivery delays” to projects in Australia and New Zealand over the next 10 years. 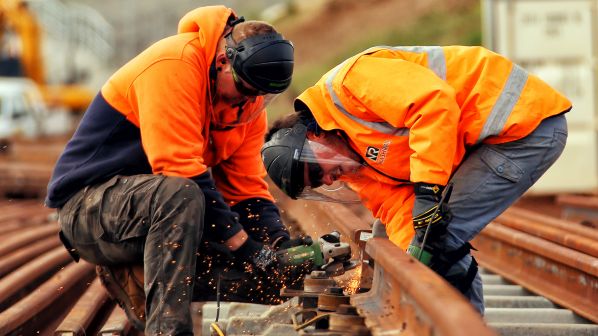 The report released on November 27 at the AusRail 2018 Conference and Exhibition warned that the Australian government’s planned $A 100bn ($US 73.1bn) in rail would be undermined by shortages of skilled labour required for construction and operation.

The study’s modelling projected a gap of up to 70,000 people at peak construction in 2023, while more than 20% of the existing workforce will retire by 2028, exacerbating the problem.

The report recommends establishing a high-level taskforce of government, industry, and education providers with a three-pronged focus. This includes facilitating the development and maintenance of an Australasian Rail Industry Pipeline of rail projects to map the skilled labour required for construction, manufacturing, operations and maintenance. The report suggests adapting the Australia & New Zealand Infrastructure Pipeline (ANZIP), which already benefits from financial backing from both the Australian and New Zealand governments.

Other priorities set out in the report include developing a national rail industry skills development strategy to drive reform in education and training systems and practices that increase the availability of required skills, their productivity, transferability, and mobility while retaining a commitment to quality and safety.

The report also called for increased awareness around rail careers, and pointed to the need to attract skills and career aspirants to the rail industry.

“Immediate corrective action to fill skills gaps with fit-for-purpose training is needed to avoid these blow-outs,” says ARA CEO, Mr Danny Broad. “The next 10 years will herald a renaissance of rail in Australia - important urban passenger projects such as the Melbourne and Sydney Metros, Brisbane’s Cross River Rail, Perth’s Metronet and multiple light rail infrastructure and rolling stock investment as well as crucial freight projects such as Inland Rail, which will provide direct freight link from Brisbane to Melbourne.

“Unless we address shortages due to market failure, attrition, and unsuitable training arrangements, projects will blow out in terms of delivery and cost.”

For an in-depth look at how the rail industry is combating the skills shortage around the world, see the December issue of IRJ, p34.

For more information in rail projects in Australasia and around the world, subscribe to IRJ Pro.