GLOBAL mining company Rio Tinto announced on October 2 that it has successfully completed its the first fully-autonomous trip on its heavy-haul rail network in the Pilbara region of Western Australia. 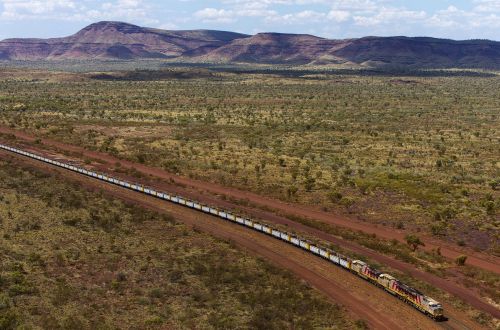 Rio Tinto is introducing driverless operations on its Hammersley and Robe River railway through its AutoHaul project, which is part of a broader programme to automate mine operations in the Pilbara.

The successful driverless run took place between Wombat Junction and Paraburdoo, a distance of around 100km. Operation of the train was monitored in real-time by Rio Tinto and representatives of the Office of the National Rail Safety Regulator, both in the field and at Rio Tinto’s operations centre in Perth.

“This successful pilot run puts us firmly on track to meet our goal of operating the world’s first fully-autonomous heavy-haul long-distance rail network, which will unlock significant safety and productivity benefits for our business,” says Rio Tinto chief executive Mr Chris Salisbury. “Gains from AutoHaul are already being realised, including reduced variability and increased speed across the network, helping to reduce average cycle times. New roles are being created to manage our future operations and we are preparing our current workforce for new ways of working to ensure they remain part of our industry.”

Ansaldo STS was awarded a contract to develop and deliver an automated train management system in 2012, and testing of AutoHaul began in 2014. However full introduction of the system has been delayed and Rio Tinto says it now expects to complete commissioning of AutoHaul in late-2018.