GLOBAL mining company Rio Tinto provided updates on progress with its AutoHaul driverless train project and plans for upcoming capital expenditure on its heavy-haul iron-ore rail network in the Pilbara region at an investor seminar in Sydney on December 4. 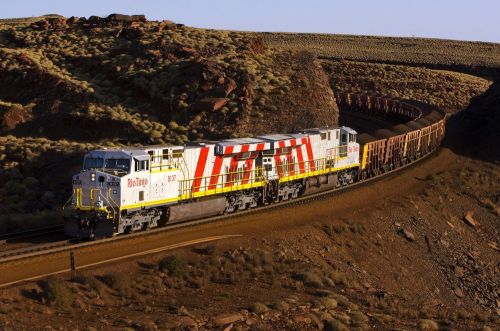 The company says it expects to spend around $A 260m ($US 199m) in 2018 on capital improvements to support rail productivity with the aim of increasing rail capacity to exceed that of its port and mines, creating extra sprint capacity in the supply chain.

Mine and port capacity is currently running at 360 million tonnes per annum, although company export guidance for 2018 is within a range of 330- 340 million tonnes of iron-ore, which reflects a continued focus on rail.

Chief executive of Rio Tinto's Iron Ore group, Mr Chris Salisbury, told investors that three key factors are driving rail capacity - the number of trains; the tonnage per train; and the rate at which the trains can cycle through the chain.

“As we test the need for more trains and extra volume per car, we are refocusing our maintenance campaign,” Salisbury explains. “This includes better predictive ability from instrumented ore-cars and track-monitoring equipment, and adding more efficient integrated track machines to our maintenance fleet.”

“We are also looking at improving train headways - our current train spacing is around 16km - with an aim through study work to push that below the 10km mark,” Salisbury said.

Salisbury says AutoHaul is making strong progress and is expected to deliver a real step change in the productivity of rail operations and safety.

AutoHaul is delivering a 6% speed improvement, in addition to the benefit of removing the average of three 20-minute stoppages required for driver changeover in a normal 40-hour cycle.

“Preparation for final regulatory approval is well progressed, after which we will commence removal of drivers from the trains, and I expect AutoHaul to be fully implemented by the end of 2018,” Salisbury told investors.

Around $2.0bn is also allocated for replacement mine capital over the next three years. The new Koodaideri mine currently proposed by the company, which would involve construction of a 170km rail connection, would require initial capital of about A$ 2.2bn.