PLANS to electrify two Adelaide suburban lines have been abandoned in a programme of budgetary cuts by the South Australian state government. 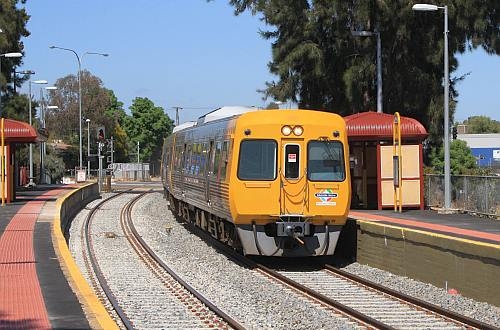 Electrification of the line to Noarlunga and the new extension to Seaford will go ahead, but the lines to Outer Harbor and Gawler will remain diesel-operated.

The government says a record revenue write-down has forced it to amend its rail infrastructure programme through the partial suspension of electrification, which it claims will save $A 372.9m ($US 368.2m) by 2015-16.

Plans for light rail extensions to Port Adelaide, West Lakes, and Semaphore utilising tram/trains over the existing Outer Harbor rail line will also be deferred as the result of the suspension of the planned standardisation of the metropolitan rail network, originally scheduled for 2015-16.

Adelaide's light rail network is 1435mm-gauge, while the heavy-rail suburban network is 1600mm-gauge. Upgrading of the heavy rail line, including the installation of gauge-convertible concrete sleepers, will not be impacted by the budget cuts.

Treasurer Mr Jack Snelling says capacity will be increased by around 25% with the introduction of new emus on the Tonsley and Noarlunga lines from the end of next year. This will allow dmus to be transferred to the Gawler and Outer Harbor lines.

The government has ordered 22 three-car 25kV overhead electric units on order from Bombardier for the new electric services, but the planned conversion of the existing dmu fleet to electric traction will not now go ahead.