SUNSHINE Coast, Australia, is to carry out further studies into the development of a light rail network after a public consultation revealed 87% of residents endorse the project. 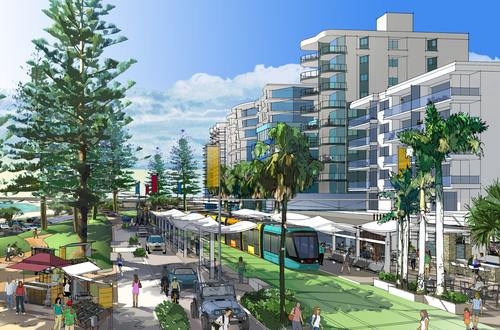 "Identifying a potential corridor and taking the necessary steps to protect it for this future use would help shape how and when the solution was delivered," says councillor for transport Mr Rick Baberowski. "Results of the feasibility studies will ensure that the council can present a clear case to the Queensland [state] government on whether light rail is right and feasible for the Sunshine Coast.

Subject to feasibility and the confirmation of state and federal funding, construction could begin in 2022 with the aim of opening the Maroochydore – Kawana phase by 2025. Indicative estimates put the cost of the initial section at $A 1.3bn at 2012 prices and a further $A 700m for the Kawana – Caloundra phase. The total length of both phases would be around 23km.

Sunshine Coast is the ninth-largest urban area in Australia and the third-largest in the state of Queensland, being home to around 271,000 people, and the population is expected to grow by 50% over the next 15-20 years.