SYDNEY's CBD and South East Light Rail line light rail project took another step towards the start of construction on February 25, when the Altrac Light Rail consortium of Acciona Infrastructure Australia, Transdev Sydney, Alstom Transport Australia and Capella Capital confirmed it had reached financial close on the $A 2.1bn ($US 1.72bn) PPP project. 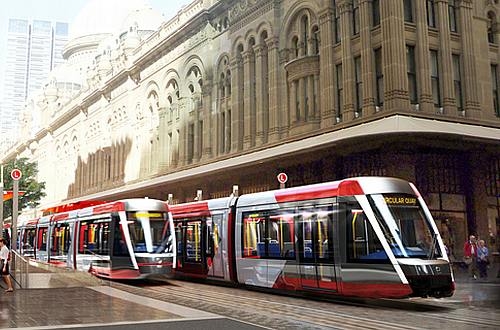 The contract, which was awarded by the New South Wales state government last December, covers the design, construction, operation and maintenance of the 12km line, which will run from Circular Quay via George Street to Central Station and then through Surry Hills to Moore Park, Kensington, Kingsford, and Randwick. It will serve Sydney cricket ground, Sydney football stadium, Randwick racecourse, the University of NSW, and Prince of Wales Hospital in Randwick.

Construction is due to be completed by 2018 with services scheduled to commence in early in 2019, a year earlier than originally planned.

In addition to the new line, Altrac will also operate the existing Inner West Light Rail line from the middle of this year.

Alstom will supply a fleet of 30 Citadis X05 low-floor LRVs (pictured) for the new line, together with its APS ground power supply system for a 2km section of the route, a Hesop energy recovery system, and depot equipment. Alstom will also be responsible for maintenance of the line and the LRV fleet.