THE Thiess John Holland Dragados joint venture has been awarded a $A 1.15bn ($US 1.1bn) contract to build the tunnels and underground stations for Sydney's North West Rail Link (NWRL). This is the first of three major NWRL contracts to be awarded. 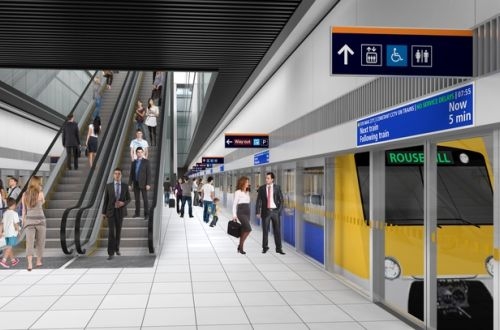 Preparatory work will start immediately with a view to the first tunnel boring machine (TBM) being in the ground by the end of 2014. Completion of the contract is expected in the first half of 2017. Four "double-shield, hard-rock, gripper" TBMs will be used to excavate the 15km twin-bore tunnels from Bella Vista to Epping. In addition, five new stations will be built at Cherrybrook, Castle Hill, Showground, Norwest and Bella Vista plus two service facilities.

The New South Wales government announced recently that the NWRL budget has been set at $A 8.3bn and the line will open by the end of 2019. However, the government says that due to the massive scale of the project and its three-contract structure, the final tunnelling contract value may vary due to continuing fine-tuning and optimisation involving the two other major contracts, for which bids have yet to be received. Nevertheless, any changes will be covered within the total budget.