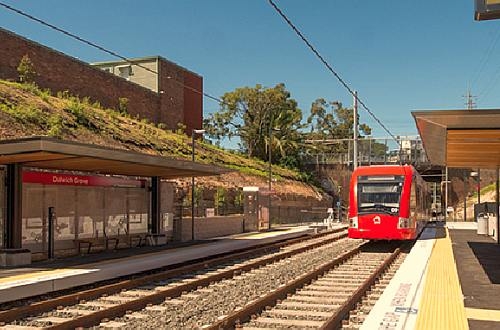 The $A 176m ($US 163m) Inner West Light Rail Extension will connect with existing light rail services, which operate between Central and Lilyfield, and runs along the former Rozelle freight rail corridor through the inner west of the city to Dulwich Hill.

Services on the extended line will run every 10 minutes at peak times and at 15-minute intervals during off-peak, with real-time information provided at all stations.

Ten new light rail vehicles are being delivered by CAF, Spain, for the line.

Last month a shortlist bidders was announced for the main PPP contract to design, finance, build, operate and maintain the 12km extension from the city centre to the inner southeastern suburbs. Subject to planning approval, the contract is due to be awarded at the end of this year with work on the $A 1.6bn project anticipated to take up to six years to complete.