The state government of Western Australia has shortlisted three consortia for a $A 1.6bn project to build 246 new EMU cars required for the expanded Perth Metronet suburban rail network and to replace older trains on the existing Transperth network. 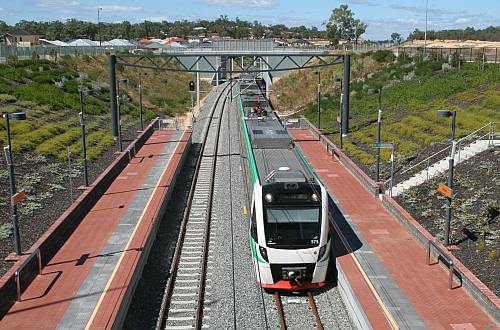 The suburb of Bellevue has been chosen as the preferred site for a new vehicle assembly facility, which will also be co-located with the Public Transport Authority’s new depot, where Transperth will maintain the broader train fleet.

A development application for the depot on the same site is currently before the Metropolitan Redevelopment Authority, with approval expected in the coming weeks.

A decision on the preferred bidder for the rolling stock contract will be made in early 2019 and a key consideration will be the ability to manufacture 50% of the vehicles locally.

The first stage of the project involves the delivery in 2021 of 102 vehicles (17 six-car sets) to serve the new Metronet projects as they come online.

A follow-on order for 144 vehicles (24 six-car sets), to replace the ageing A series EMUs will also be included in the tender and these will be delivered between 2023 and 2028.