AUCKLAND Transport (AT) announced on April 24 that it has shortlisted three bidders for a contract to operate the city's commuter rail network from July 2016. 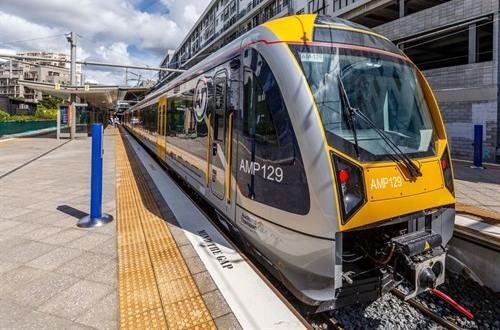 The bidders include Serco New Zealand, the network's current operator Transdev Auckland, and national railway KiwiRail. AT says it will issue bid documents shortly for the performance-related contract, which will "reflect the huge changes in Auckland's passenger rail system since the current contract was put in place in 2003."

In recent years AT has implemented a $NZ 1.6bn ($US 1.2bn) modernisation programme including expansion of the network, electrification, and the introduction of new trains. By mid-April CAF had delivered 50 of the 57 new AM class EMUs on order, with 42 trains provisionally accepted and 33 in service.

Since 2003 the number of services operating on the network has increased from around 40,000 per year to 140,000 and ridership has surpassed 13 million. Passenger numbers in March this year were 33% higher than the same period in 2013.