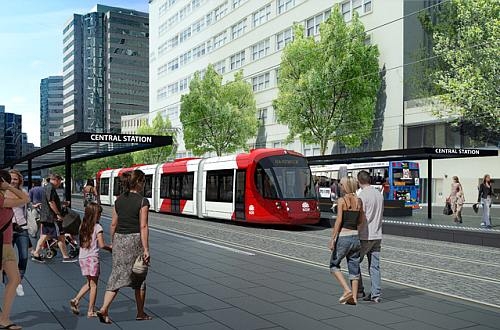 The three shortlisted consortia are:

The 12km, 21-station north-south line will run from Circular Quay to Sydney Central station, and the Moore Park sport and entertainment complex, where the line will divide to serve Prince of Wales Hospital at Randwick and the University of NSW in Kingsford. The journey time between Circular Quay and Central will be 15 minutes, with trams operating at intervals of 2-3 minutes during peak periods.

Transport for New South Wales says interest in the project has been strong, and more than 110 representatives from 66 pirivate sector companies attended an industry briefing day in Sydney last October.

Subject to planning approval, the state government expects to award both contracts in mid to late 2014. Construction is expected to take five-to-six years to complete.