TRANSPORT for New South Wales (NSW) has exercised a $A130m ($US 92m) option with the RailConnect joint venture for 42 additional New Intercity Fleet EMU cars, which will be used on inter-city services from Sydney to Newcastle, the Central Coast, South Coast and the Blue Mountains. 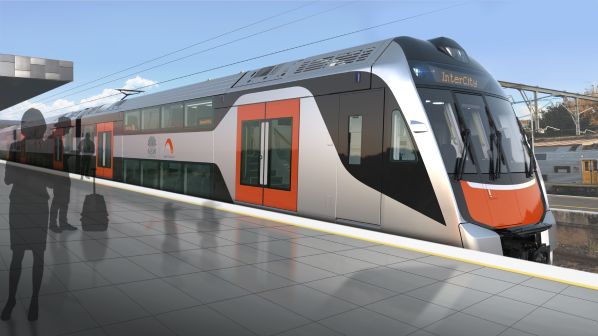 The joint venture of Hyundai Rotem, Mitsubishi Electric Australia and UGL Rail was awarded a $A 2.3bn contract in August 2016 to supply 512 EMU cars for use on NSW TrainLink services.

The new fleet will increase capacity while enabling the replacement of ageing Comeng V Sets and the transfer of more modern H Set (Oscar) EMUs to Sydney Trains.

Testing of the first completed train from the initial order is due to begin soon and the first sets will enter service on the Central Coast and Newcastle Line later this year. The fleet will be introduced on the Blue Mountains Line in mid-2020 and the South Coast Line in 2021.

The fleet will be maintained at a new $A 265m depot at Kangy Angy on the Central Coast.