THE New South Wales government has announced two shortlisted consortia for the operations, trains and systems (OTS) contract for the North West Rail Link (NWRL) between Rouse Hill and Chatswood in the suburbs of Sydney. 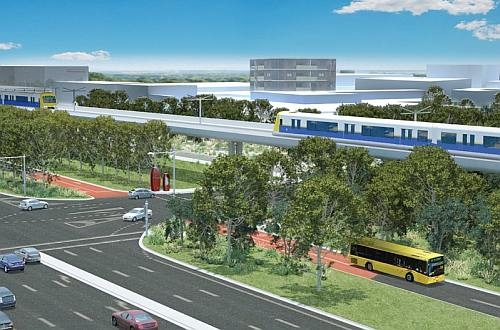 The overall project will involve the construction of a 23km line between Rouse Hill and Epping, which will be linked to the existing Epping – Chatswood line.

In a departure from Sydney's current all double-deck fleet, services will be provided by frequent 'metro style' single-deck trains and the line will be operated by the private sector under contract to the New South Wales government

The two shortlisted consortia, made up of almost 30 companies in total, are:

The consortia will be formally issued with a request for proposal to submit detailed tender submissions by end of this year, with the contract expected to be awarded in the third quarter next year. The OTS contract will be procured as a Public Private Partnership.

The contract includes the construction of eight new stations, supply of rolling stock, installation of track and signalling, and conversion of the Epping – Chatswood section to the new rapid transit system.

The successful consortia will be responsible for operation of the NWRL while the government will continue to set and control fares in line with the rest of the Sydney rail network.

The contract for tunnelling works has already been let, while tenders were launched in April for the elevated sections of the route and other civil works.