THE state government of Western Australia has confirmed it is forging ahead with plans for an 8.5km link between the existing Perth suburban station at Midland and Perth Airport, despite previous uncertainty over funding. 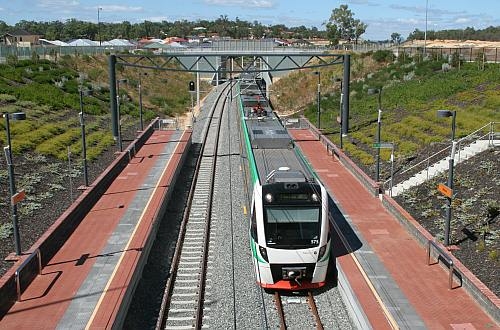 In a departure from the previously-planned route, the Forrestfield-Airport Link will run for 8km in two tunnels beneath the Swan River and Perth Airport, providing a much-needed public transport link to the airport and a 20-minute train journey from Perth's eastern suburbs to the city centre.

Releasing details of the new route approved by the State Cabinet, Premier Mr Colin Barnett said: "The Forrestfield-Airport Link project represents a real game-changer in terms of public transport in this city."

Barnett explained that until detailed tenders were received, it was difficult to estimate the precise cost of the project but the Government now expects the bill to be around $A 2.2bn ($US 2.04bn).

It is estimated that the three new stations will boost ridership on the Transperth network by around 20,000 passengers per week by 2021, increasing to around 30,000 over the next decade.

Construction is due to start in 2016 with completion expected in 2020.