AS part of its 2017-18 federal budget the Australian federal government has allocated $A 10bn ($US 7.4bn) through its National Rail Programme, which has been designed to support rail projects in major cities and provide improved connections between urban and regional areas. 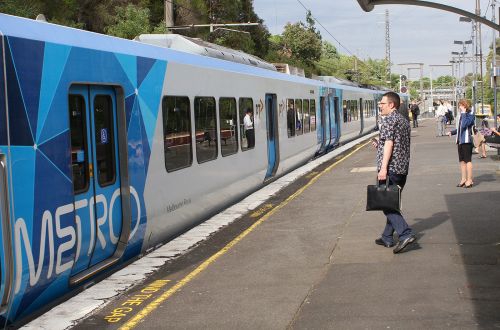 This represents a major turnaround for the ruling Liberal Party, which in the past has been reluctant to provide federal funding for urban rail projects.

The investment progresses the government's Smart Cities agenda, recognising that urban rail projects have the capacity to assist in regeneration and promoting better integration between land use and transport planning.

The government says there are several city-shaping rail projects around the country at various stages of development.

Additional funds are being provided to for Perth Metronet ($A 792m) and development of a business case for the Melbourne Airport Rail Link ($A 30m). The transport corridor between Melbourne city centre and Melbourne Airport has been identified by Infrastructure Australia as one of the most heavily congested in Melbourne.

The government says its initial focus on better regional connections will be improving the network in Victoria, with an additional $A 500m in the 2017-18 budget for improvements to the North-East, Gippsland and Geelong lines.

Shadow infrastructure minister Mr Anthony Albanese criticised the announcement by saying that despite promised funding, no money had been set aside until the 2019-20 financial year. “The third Budget paper shows a $A 200m commitment to the National Rail Programme in 2019-20 and $A 400m in 2020-21, with no further projections offered at this stage,” Albanese says.