THE Victorian state government has increased its previously-announced initial order for high-capacity EMUs for Melbourne Metro commuter services from 37 to 65 seven-car sets. 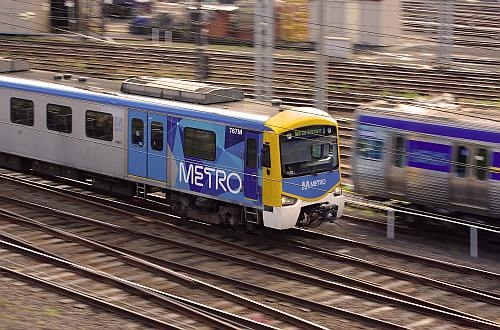 The estimated $A 2bn ($US 1.49bn) order also covers the expansion of train maintenance and stabling facilities at Pakenham. The project will be delivered as a public-private partnership and a tender process is already underway, with three consortia shortlisted for the contract:

The announcement brings forward the second stage of metropolitan train orders previously set out in the Victorian Rolling Stock Strategy, Trains, Trams, Jobs: 2015-2025. The trains will be built in Victoria with at least 50% local build requirement, with the first to be delivered in 2018.

The trains will initially enter service on the Melbourne - Cranbourne - Pakenham corridor, which is undergoing a $A 1bn upgrade, and will increase capacity by more than 40%.