THE government of the Australian state of Victoria says it will provide $A 50m ($US 37.8m) in its upcoming 2018-19 budget for investigations into options for a high-speed rail link between Melbourne and Geelong, with detailed planning work and technical investigations set to begin. 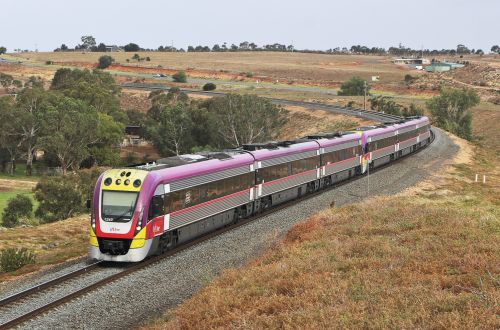 Services over the 80km route are currently provided by locomotive-hauled passenger trains and Vlocity DMUs with an average journey time of an hour. Electric suburban services operate over the first 33km as far as Werribee.

A number of options will be investigated including the possible electrification of the existing line, as well as a possible new dedicated high-speed alignment with new rolling stock capable of operating at 250-300km/h.

A fast rail link from Melbourne to Geelong would slash travel times between Victoria’s capital and its second biggest city, as well as creating a rail route to Melbourne Airport.

The government wants a future Melbourne Airport Link to be integrated into the existing rail network, which would also unlock capacity in Melbourne’s growing western and northern suburbs.

The announcement complements the work already underway on a joint preliminary business case for the Melbourne Airport Link which is being developed by the Victorian and Australian federal governments. The latter indicated recently that up to $A 5bn in match-funding could be made available for an airport link.

Minister for public transport, Mrs Jacinta Allan, says the study will “help determine the best way to deliver high-speed rail to Geelong as part of the Melbourne Airport Link.”

“This is about ensuring any link to the airport delivers better services for Geelong and regional Victoria,” she says. “With the right planning, this could change the way people live and work in Geelong.”

The Melbourne Metro Rail Authority, established under the coordinator general, will now become Rail Projects Victoria to lead the investigation, development and delivery of the programme. It will also oversee the delivery of the $A 11bn Metro Tunnel and the $A 1.7bn Regional Rail Revival project.