THE AUSTRALIAN state of Victoria has allocated more than $A 24bn ($US 22.4bn) for investment in infrastructure, including up to $A 14.5bn for major rail projects, as part of its budget for the 2014-15 financial year which was announced this week. 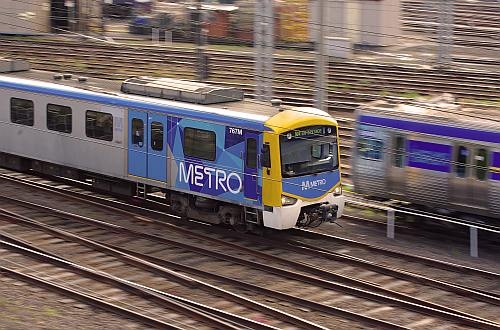 Between $A 8.5bn and $A11bn will be spent on the Melbourne Rail Link, which will replace the previously announced East West Rail Link (or Melbourne Metro) and will also include the recently-announced link to Melbourne Airport. This will deliver a peak hour capacity increase of around 30%, or 35,000 passengers, on the suburban network.

The government has made an initial commitment of $A 830m over the next four years to commence construction of the Melbourne Rail Link, which will include twin-bore 7.5km tunnels from Southern Cross station to South Yarra, underground stations at Fishermans Bend (Montague) and Domain, and new underground platforms at Southern Cross and South Yarra.

Preliminary works are expected to commence in mid-2016 and major construction will start in mid-2017. Over time, components of the project will be delivered as a Public Private Partnership, with financing sourced from the Victorian government and the private sector.

The Cranbourne – Pakenham Rail Corridor Project will also boost capacity on one of Melbourne's busiest corridors by 30% at a cost of around $A 2.5bn. It will include the procurement of 25 new trains, high-capacity signalling, the elimination of nine level crossings, and provision of enhanced connections from the southeast growth corridor, which has the greatest concentration of employment outside of Melbourne city centre.

$A 685.3m has been allocated for grade separation and removal of four major level crossings at Blackburn Road, Burke Road, North Road, and Main Road in St Albans, as part of an overall $A 1bn programme to improve level crossing safety.

Regional communities in the state's north-west will benefit from up $A 220m in funding for the Murray Basin Rail Project, which will improve the connection between a major food production area and Victoria's ports through gauge standardisation of the Maryborough – Mildura line and upgrading of several other lines in the region.