IN the run up to the election on November 29 in the Australian state of Victoria, the Liberal/National coalition government has promised to invest $A 3.9bn ($US 3.4bn) in new rolling stock for the state's suburban, regional and light rail networks, should it be re-elected. 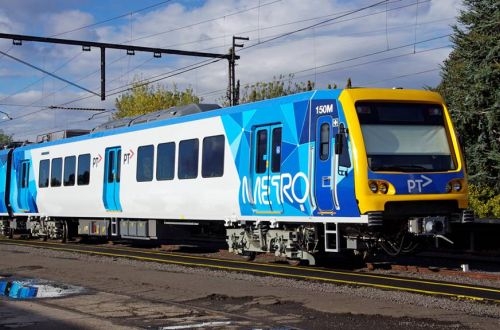 The government says it would place an immediate order with Alstom for 12 six-car X'Trapolis EMUs with finally assembly at Alstom's Ballarat facility, which has recently come under threat of closure due to lack of orders.

Also included in the planned investment would be a tender for 75 high-capacity suburban trains to be delivered between 2019 and 2026.

Victorian state premier Dr Denis Napthine says the investment would create 3500 jobs in the manufacturing, supply and construction industries. "This initiative will establish Victoria as Australia's rail manufacturing centre of excellence," he said. "The Coalition will insist that the new suburban trains and trams under these orders have a local manufacturing content of 50% with the new VLocity railcars to have a minimum of 70%."

Transport minister Mr Terry Mulder says that additional stabling and maintenance facilities as well as traction power upgrades will be provided to accommodate the additional rolling stock as part of the investment package.