US regional and shortline railway operator Watco is set to expand its Australian operations after signing a contract with grain marketer and handler GrainCorp to operate its trains in the state of Queensland. 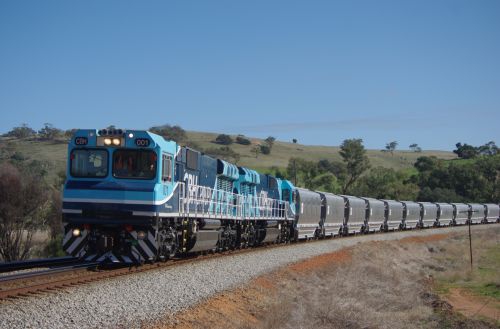 An average of 2.8 million tonnes of grain is harvested in Queensland each year, with around 1 million tonnes consigned by GrainCorp for movement by rail.

Watco will have the exclusive right to provide 1067mm-gauge haulage services for GrainCorp in Queensland, operating trains from designated loading facilities to the ports at Mackay, Gladstone, and Fisherman Island (Brisbane).

Watco has ordered eight 1067mm-gauge diesel locomotives from National Railway Equipment Corporation (NREC), United States, for the contract, along with a new fleet of grain wagons, which will be manufactured in China. Because of the lead times required, start-up for the contract is expected in the fourth quarter of 2019.