THE Western Australian state government has committed to build both its planned Perth light rail and airport rail links despite considerable doubt about a federal government contribution. 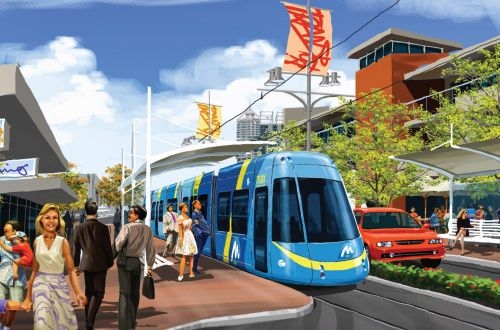 Western Australia's treasurer and transport minister Mr Troy Buswell says transport projects will receive a record $A 5.7bn ($US 5.26bn) in the state's 2013-14 budget, although around half will be allocated to recurrent spending and road projects.

The key rail investments are $A 174m to enable work to start on a $A 2bn scheme to connect the airport to the main Transperth suburban network, and $A 432m towards building the $A 1.8bn, 22km Max light rail line linking the growing northern suburbs with the city centre.

Construction of both projects is planned to commence in 2016 and be completed in 2019.

When the projects were announced earlier this year, they were predicated on a $A 2.5bn contribution from the federal government. However, the current Labor administration has only pledged $A 500m to one or other of the projects, while in the lead up to federal elections in September, the opposition party continues to rule out any funding for urban rail schemes.

Buswell says he will turn to the private sector to help meet the cost of the rail projects, while at the same time insisting the projects will be built, regardless of private investment.