REHABILITATION of the Napier - Wairoa section of the mothballed Napier - Gisborne line on New Zealand’s North Island started on June 1. 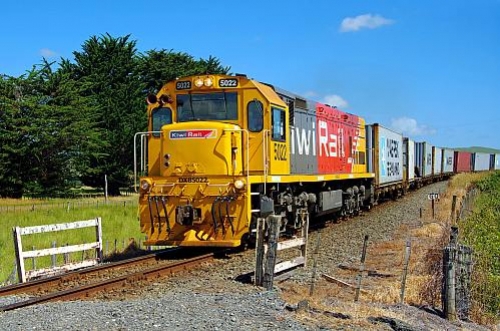 KiwiRail has started work to reopen the Napier - Wairoa line.

The reopening is being funded by $NZ 5m ($US 3.5m) grant from the government’s Provincial Growth Fund. The line will be used to transport logs to the port of Napier for export.

Once fully operational by the end of the year, the line is expected to annually remove up to 5715 truck movements from the Wairoa - Napier highway and cut C02 emissions by more than 1292 tonnes.

“Today sees a work train travelling up to Eskdale from Napier delivering ballast, the first time there has been a train on the line since 2012,” says KiwiRail chief executive, Mr Peter Reidy. “Having work trains running is an important part of getting the line open to shift logs by rail and take trucks off the road,” says Reidy. “This is an important project for the region, for New Zealand and for KiwiRail. It lifts the regional economy.”