Work to start on second Sydney Metro line in 2018

THE Australian state government of New South Wales has launched the formal planning process for Stage 2 of the Sydney Metro project, which will be known as Sydney Metro City and Southwest. 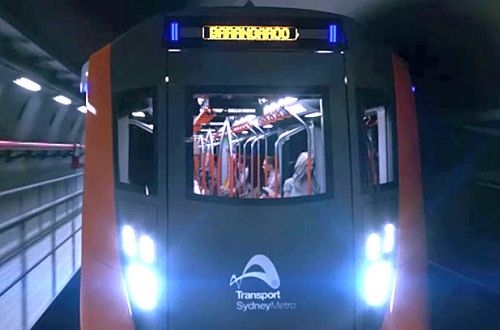 The project will require tunnelling under Sydney Harbour and the city centre to connect Sydney Metro Stage 1 (formerly the North West Rail Link) at Chatswood with the existing Sydney - Bankstown line, which will be converted to a metro.

The planning process will encompass a State Significant Infrastructure Application confirming the alignment, six new stations, and a potential extension beyond Bankstown to Liverpool, which could cut travel times to the city by up to 15 minutes and reduce overcrowding on existing lines.

"We're wasting no time delivering Australia's biggest public transport project," says NSW premier Mr Mike Baird. "Sydney Metro will change Sydney forever - it will help boost capacity of our rail network by 100,000 people every hour, servicing our growing global city for generations to come."
Stage 2 will involve the construction of twin tunnels stretching 15km from Chatswood to Sydenham and the state government says the first tunnel boring machine will be in the ground before the end of 2018.

Construction of Stage 1 - the $A 8.3bn Sydney Metro Northwest - is more than 50% complete and passenger services are due to start in 2019. Sydney Metro City & Southwest is expected to open in 2024.

An industry briefing will be held in December to update the new project scope and proposed delivery method.