ALSTOM announced on October 15 that it has delivered the last of 10 eight-car 4000 series Metropolis EMUs to Rio de Janeiro suburban operator SuperVia. 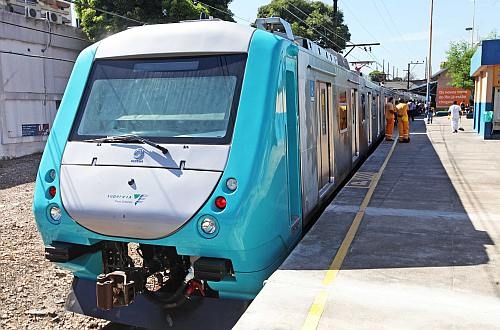 The stainless steel-bodied 3kV dc trains were built at Alstom's Lapa plant with final assembly taking place at a new 32,000m2 facility in Deodoro in the state of Rio de Janeiro, which has been constructed on land provided by SuperVia.

The first trains entered service in February, two years earlier than scheduled in SuperVia's concession agreement, and the entire fleet will be operational by September 2014.

Ridership on the Rio suburban network has increased from around 400,000 passengers per day in 2007 to over 620,000 per day today, and SuperVia is increasing fleet capacity to meet demand. In addition to the 10 4000 series trains, SuperVia has received 34 series 3000 trains from CNR Changchun and the Chinese manufacturer is currently supplying a second batch of 60 trains.