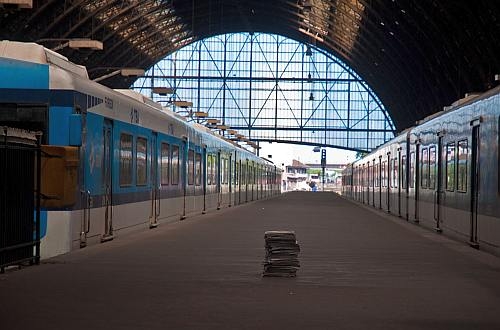 A total of 55 sets will be delivered, comprising 225 vehicles for the Sarmiento Line, which will be formed into nine-car sets, and 184 cars for the Mitre Line, which will operate as six-car trains. The total cost per vehicle will be $US 1.265m, excluding transport from production sites in China and spare parts. The first vehicles are due to arrive in Argentina in February 2014 and the deliveries will be completed by November 2015.

According to local media reports, the contract was awarded in a closed tender and all production will take place at CSR facilities in China.

"This is the most important railway renewal of the last 60 years and will replace all trains on the Mitre and Sarmiento Lines that are more than 50 years old," says Kirchner.

The announcement comes just weeks before the first anniversary of the fatal collision at Buenos Aires Once station on February 22 2012, which killed 51 people and injured more than 700.