THE government of Argentina has announced electrification and re-signalling work will begin next year on the 60km 1676mm-gauge commuter line from Buenos Aires Plaza Constitución to La Plata, the state capital of Buenos Aires province. 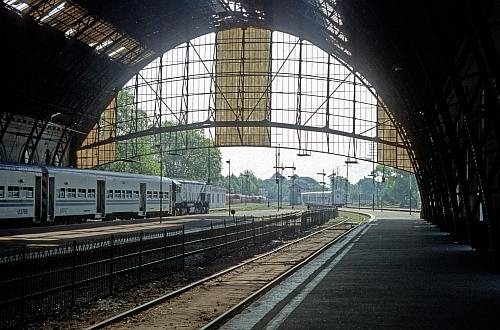 Detailed planning work for the project is now underway, funded by the Argentine transport ministry.

Electrification of the busy double-track direct route via Quilmes has been planned for many years. Other parts of the Line General Roca suburban network were electrified at 25kV ac in the early 1980s, with the wiring of the 44.6km of double-track line from Plaza Constitución Ezeiza and Glew via Temperley.

This has since been extended by around 10km south from Glew to A Korn and work has been underway for several years to gradually extend the catenary on the secondary route from Temperley to La Plata; completion of this section is likely to accompany the electrification of the direct line from Plaza Constitución to La Plata.

Last month the government announced it had placed a $US 327m order for 300 new 25kV ac emus coaches to be built by CSR, China, which will replace the existing emu fleet on the Genral Roca network. The trains are due to be delivered between June to December 2014. Additional electric trains will be required for the extension of the electrification to the La Plata line.

Electrification of the direct line is likely to cost $US 350m including rolling stock. The Inter-American Development Bank (IDB) is expected to provide loans worth $US 300m, with the remaining funds coming from the Argentine government.