Argentina revives Train of the Clouds

ARGENTINA's Train of the Clouds was revived on April 4, when the Salta provincial government took over operation of the tourist service. 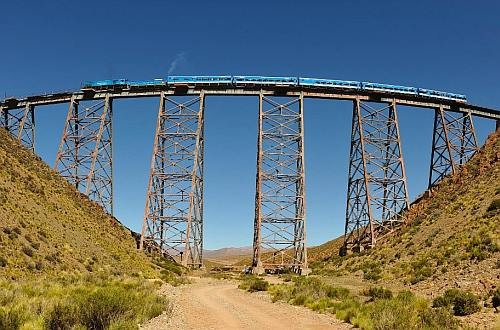 The twice-weekly train runs from the city of Salta high into the Andes mountains and was previously operated by concessionaire Ecotren. However, operations ceased last July after a train derailed in a tunnel on one of the most remote sections of the route to the La Polvorilla viaduct, 4221m above sea level. This prompted the province to revoke Ecotren's concession shortly after the derailment.

Ecotren took over operation of the route in 2008 and had invested in refurbished coaches with good quality onboard service.

The metre-gauge route from Salta over the Andes into Chile was surveyed and built between 1921 and 1948. The line is known in Argentina as route C14 and the locomotives used by Ecotren were provided by freight concession Belgrano Cargas, which is now back in state ownership.

There has been no cross-border freight on the route to Antofagasta, Chile, for several years, although proposals for reinstatement have been made, and very little freight operates on the line within Argentina itself.