ARGENTINEAN president Mrs Christina Kirchner announced on March 2 that the government will present a bill to Congress to renationalise all of the country's railways, bringing to an end more than a quarter of a century of private operation in Argentina. 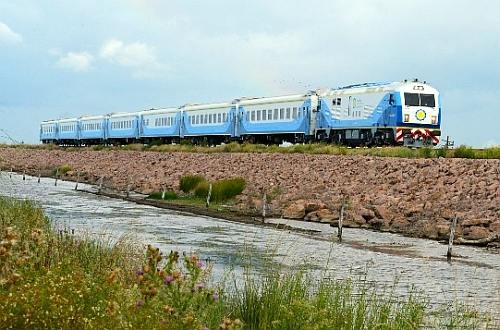 Much of the network is already under various forms of government control. Following the accident at Buenos Aires Once station in February 2012, which killed 51 passengers, the government rescinded five concessions for the operation of suburban lines in the Buenos Aires area. Government control of these routes was formalised in a resolution on March 2 instructing state-owned train operator Sofse to take over the Mitre, Sarmiento, Belgrano Sur and General Roca lines from Corredores Ferroviarios (a subsidiary of Buenos Aires metro operator Metrovías) and Argentren.

The government has also taken over three freight concessions in the recent years, and in February 2013 announced that the Belgrano Cargas network would permanently remain under state control.

Kirchner argues that the primary aim of bringing all of the country's railways together under a new public company, dubbed Argentinean Railways (FA), is to improve efficiency and the government forecasts renationalisation will generate savings of around Pesos 415m ($US 47.5m) per year.