THE first of a new fleet of DMUs for Tren del Valle commuter rail services between the Argentinean city of Neuquén and the neighbouring town of Cipolletti was delivered on July 5. 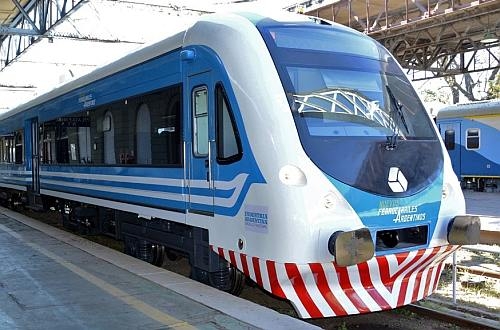 The two-car trains, which accommodate up to 140 passengers, are being manufactured by Materfer, Argentina, at its Ferreyra plant near Córdoba.

Testing is now underway and according to the Ministry of the Interior and Transport passenger services will be launched on July 20. Sixteen services per day will operate on the 10km line with a journey time of 25 minutes and a one-way fare of Pesos 4 ($US 0.44).

The line is intended to relieve the only road bridge across the Neuquén River between Neuquén and Cipolletti, which is used by an estimated 50,000 people each day.

The second phase of the project will extend services to General Roca and Plottier.