ARGENTINEAN Trains Infrastructure (TAI) has completed the installation of an automatic train stop (ATS) system on the 26km Urquiza commuter line between the city of Buenos Aires and San Miguel. 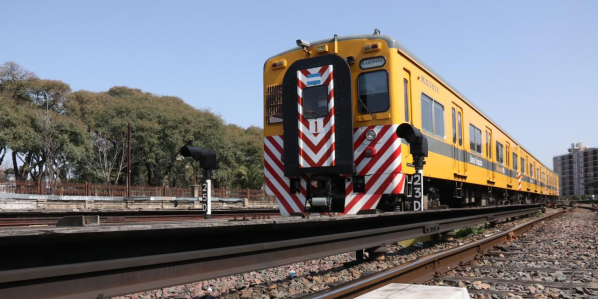 The system was manufactured by Nippon Signal, Japan, and supplied by parent company Marubeni under a $US 63m contract awarded in 2016. The system comprises three elements: a track-based device, an onboard device, and a trackside signal, which indicates whether to stop, go, or reduce speed. If the signal is not seen, the system stops the train automatically.

The announcement follows the installation of ATS on the Maipú - Delta Tren de la Costa commuter line in November. Testing and approval by the National Institute of Industrial Technology (INTI) has also been completed. Argentinean Trains (TA) is currently carrying out staff training ahead of the full implementation of the system on the line.

The upgrades are part of the Ministry of Transport’s $US 14.2bn Comprehensive Plan of Works for the Metropolitan Rail Network, announced in 2016, which includes the installation of ATS on all seven commuter lines in Buenos Aires. It is hoped that the improvements will reduce the risk of accidents caused by human error and improve the safety of 100,000 daily commuters.

The system has already been installed on the Roca commuter line, with work still ongoing on the Miter, Sarmiento, San Martin and Belgrano Sur lines. Belgrano Norte is also scheduled for completion in the near future

The upgrades are 85% funded by a $US 49.5m loan agreed between the Argentinean government, Japan International Cooperation Agency (Jica) and Deutsche Bank in 2017.