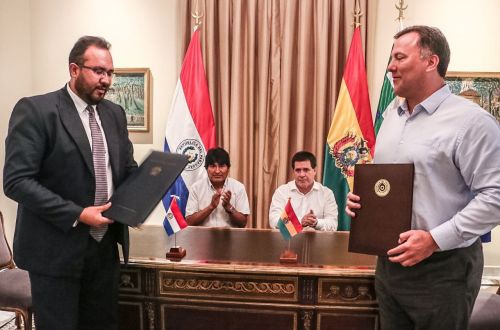 Under the agreement, which was signed during this week’s visit of Bolivian president Mr Evo Morales to Asuncion, the two countries will evaluate the feasibility of constructing a railway linking Roboré in eastern Bolivia with Puero Carmelo Peralta, where a new bridge is planned across the Paraguay River to improve transport links with Brazil.