BRAZILIAN intermodal operator Brado Logistics is planning a Reais 150m ($US 46.8m) investment to expand its operations to Brazil's north-south railway corridor, which is owned by Vale. 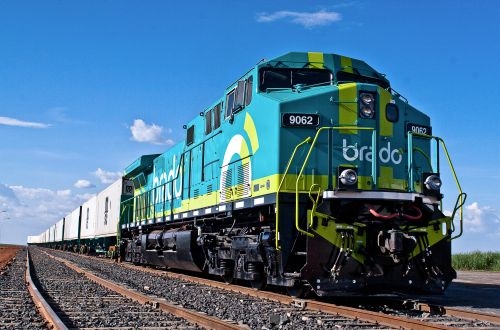 Specifically Brado envisages introducing a combined road and river service between the Manaus Industrial Zone to the North-South railway at Imperatriz, where it will transport containers to and from Anápolis in central Brazil.

The company plans to use the funds from a loan from the Brazilian Development Bank (BNDES) to acquire 170 new wagons while it plans to buy or lease up to 500 containers and construct new intermodal terminals in Imperatriz, Maranhão, and Anápolis. The company will use VLI Logistics locomotives.

Manaus is home to manufacturers of motorcycles, bicycles and electronics, and Brado hopes to transport these products in containers, and transport products such as food and household essentials, which are in short supply in Manaus, in return.

The project is now awaiting approval from Brazil's Ministry of Transport. Work on the 855km section of the North-South corridor between Palmas, Tocantins, and Anápolis was completed in 2014, while the 682km Ouro Verde - Estrela D'Oeste stretch remains under construction and is due to be completed this year.