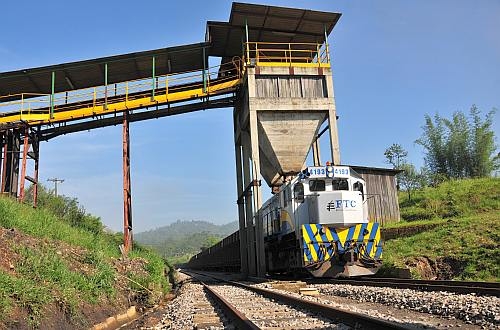 Most of the rail investment will be for new line construction. This includes Reais 7.8bn for two more sections of the North-South Railway namely Palmas - Anápolis and Barcarena -Açailandia; Reais 4.9bn for Anápolis - Estrela D'Oeste - Três Lagoas; and Reais 9.9bn for Lucas do Rio Verde - Mirituba.

Reais 7.8bn will be invested in the Rio de Janeiro - Espírito Santo railway, while Reais 40bn will go to the construction of the 3500km Brazilian section of a new line to Peru to facilitate the transport of agricultural and other goods to Asia.

Reais 16bn will also be spent to increase capacity on exciting lines through track-doubling schemes and the construction of deviations.

The government's previous attempt to attract private funding for rail projects under the 2012 Logistics Investment Programme (Pil) was a complete failure as it did not receive any bids. Under the new plan, Brazil's National Bank for Economic and Social Development (BNDES) will be allowed to provide finance at low interest rates for up to 70% of the cost of a project provided there is also some private funding.

A major change is the decision to abandon the previous proposal to separate infrastructure from operations for new lines with multiple freight operators. Future concessions will mirror those on the existing network with one company responsible for maintaining and operating each line, which should increase confidence for private investors.