BRAZIL’s federal government has decided to implement all of the recommendations made by the Court of Auditors of the Union (TCU) regarding the concession for the North-South Railway (FNS), which will now be auctioned on November 1. 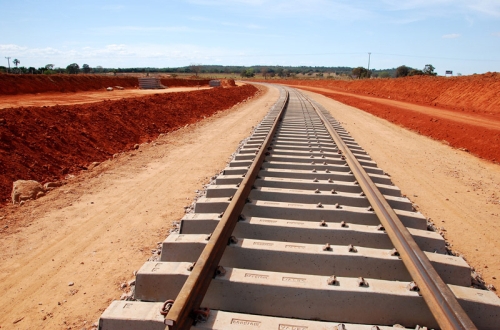 Described as the “backbone" of the railway network, FNS is considered to be a crucial part of the national logistics system because it links virtually all of the country’s existing and planned freight railways.

At present, the only operational section of FNS is the 720km stretch between Açailândia in Maranhão state and Palmas, the capital of Tocantins state. The concession for this section was awarded to mining company Vale in 2007 and subcontracted to its VLI Logística subsidiary.

The latest concession comprises the central and southern sections of FNS, which have a combined length of 1537km.

One of the major changes made by TCU concerns the purchase of locomotives and wagons. Initially it was planned to grant a 30-year concession for the two sections, which link Porto Nacional in Tocantins with Estrela D’Oeste in São Paulo state. The concessionaire would be required to buy 113 locomotives and 3795 wagons to operate freight services on the route.

The TCU’s revised projections for the project cut the fleet requirement by 14 locomotives and 416 wagons, reducing the required investments by Reais 246.2m ($US 63.5m).

The FNS concession will be awarded to the highest bidder in the upcoming auction. The government has already reduced the starting bid from Reais 1.6bn to Reais 1bn, and the price will be subject to further adjustment to accommodate the lower-than-anticipated investment in rolling stock and the fact that works will not be carried out by the state-owned Valec.

Another important pending decision concerns access to the infrastructure. Located in the central region of the country, FNS lacks direct links to Brazil’s ports. Trains will therefore need to use the infrastructure of five other concessionaires to reach the ports of Santos in São Paulo state or Itaqui in Maranhão.

It has therefore been decided that all concessionaires with links to FNS, including the Carajás Railway, VLI, Transnordestina, MRS Logística and Rumo, will have to sign an addendum to their current contracts to allow the new concessionaire’s trains to transit their routes.