THE Brazilian government announced on July 3 that Vale and MRS Logistics will invest in the construction of two new railways in exchange for the early renewal of other concessions currently held by these companies which expire in the next decade. 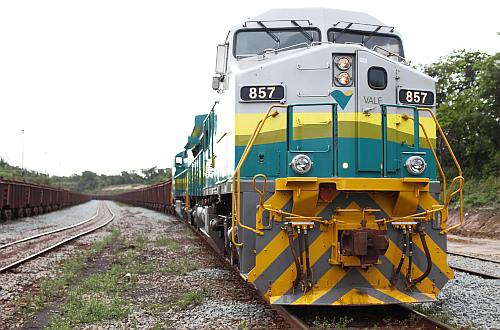 Conditions for the renewal of the concessions were approved at the second meeting of the Council of the Investment Partnership Programme (PPI), but the renewals have not yet been endorsed by the Court of Auditors of the Union (TCU).

Under the proposals, Vale will build a the 383km Campinorte - Água Boa section of the so-called Central - West Integration Railway (Fico) at a cost of Reais 4bn ($US 1bn) in return for the automatic renewal of its Carajás Railway (EFC) and Vitória - Minas Railway concessions.

Fico is a long-planned project, which was included in the erstwhile Growth Acceleration Programme (PAC), but was eventually abandoned by the government, despite having an environmental permit from Brazilian Institute of Environment and Natural Resources (Ibama) and a TCU endorsement to be tendered as a common project.

MRS Logistics will invest about Reais 5bn in the construction of a 53km stretch of the northern section of the Ferroanel de São Paulo ring line between Perus and Itaquaquecetuba. The project will divert freight trains away from lines currently shared with suburban trains operated by Paulista Metropolitan Trains Company (CPTM).

Under the government’s proposals, the Fico infrastructure would be transferred to state ownership with competitive tendering for an operating contract. No decision has yet been made on whether the Ferroanel line will remain with MRS.