BRAZIL's National Land Transport Agency (ANTT) has released a new timetable for the early renewal of rail freight concessions, which is expected to unlock investment worth more than Reais 30bn ($US 8bn). 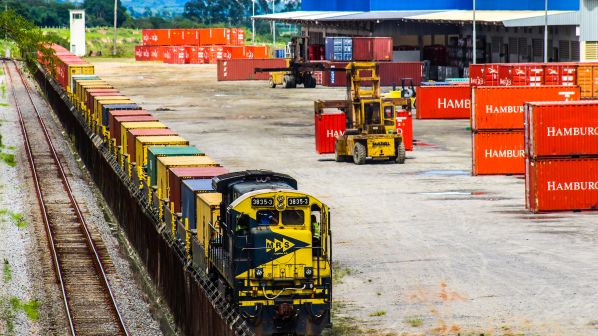 According to the agency, public hearings will be held next month to discuss the renewal of concessions held by MRS Logistics and Central Atlantic Railway (FCA), which is operated by VLI, and MRS Logistics, although specific dates have not been disclosed.

In addition, ANTT says final reports will be released on the Vitória-Minas Railway (EFVM) this month and for the Carajás Railway (EFC) in February. Both railways are operated by Vale.

Public hearings for the MRS and FCA concessions were due to begin last September.

In the case of MRS, the delay is due to negotiations on agreement for investment in the Ferroanel de São Paulo ring line. The project will divert freight trains away from lines currently shared with suburban trains operated by Paulista Metropolitan Trains Company (CPTM).

MRS is responsible for a 1645km metre-gauge network in three states in the Southeast region. FCA meanwhile is negotiating the return of disused lines.

Public hearings have already been held for the Rumo-operated Paulista Railway, with the concession under review by Brazil’s Court of Auditors (TCU), as well as EFC and EFVM.