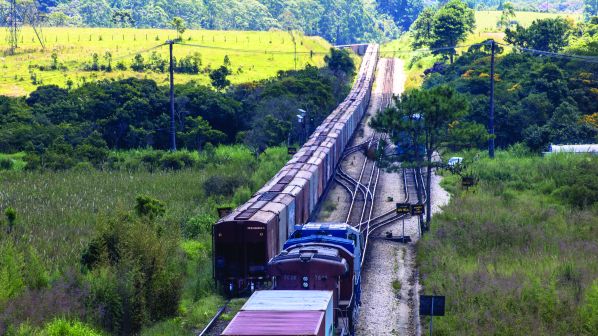 THE Brazilian minister of infrastructure, Mr Tarcísio Gomes de Freitas, authorised the Reais 50bn ($US 8.877bn) construction of nine railways in the country on December 9, which will expand the network by 3506km.

The plans are part of the of Pro Trilhos Program, which was created through the new Legal Framework for Railways, and aims to expand the national network based on private investment.

With the exception of Ferroeste, all the businesses are new operators. These companies were all originally linked to private use terminals in ports or to the cargo originators themselves.

Under the plans, the companies will construct and operate:

An in-depth feature on the Brazilian government’s efforts to drive growth was published in the July edition of IRJ and is available to read here.