BRAZILIAN transport minister Mr César Borges announced on August 12 that the government has postponed the tendering process for the 511km Campinas – São Paulo – Rio de Janeiro high-speed line, which is likely to delay the opening until after 2020. 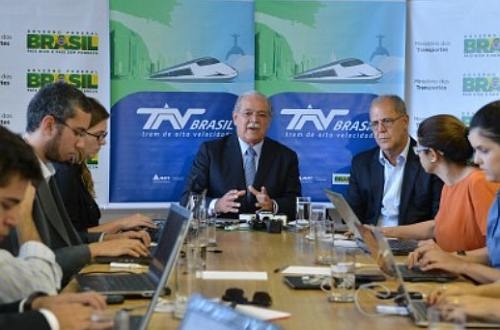 The National Transport Agency (ANTT) issued a call for tenders for the contract to equip and operate the 350km/h line last December, and a winner was to be announced on September 19. The civil works contract is being tendered separately and bids are currently due to be invited in 2015. A tender notice was also issued on March 5 for the project management contract.

The government hopes the hiatus will enable more companies to bid, as only a French consortium including Alstom and French National Railways (SNCF) was ready to bid by the August deadline. The previous tender process in 2011 was cancelled after no bids were received.

According to the government, Spanish and German companies say they are now willing to bid because the deadline has been extended by at least 12 months. The Spanish Ministry of Public Works has promoted the formation of a consortium, including national rail operator Renfe, infrastructure manager Adif, Talgo, Thales, Bombardier and Siemens Rail Automation. Another consortium led by CAF which may also include Renfe and Adif is also planning to bid.

The Brazilian government has recently faced public protests over corruption and therefore wants the high-speed contract to be seen as a competitive and transparent process.