BRAZIL's National Bank for Economic and Social Development (BNDES) has approved Reais 587.8m ($US 151.3m) in financing for VLI Logistics for the railfreight operator to invest in new locomotives and wagons manufactured in Brazil. 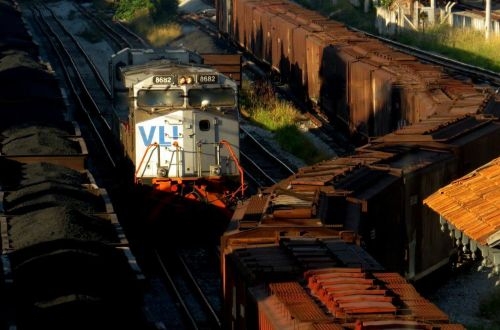 Specifically it will purchase 16 locomotives from EMD and 1916 wagons manufactured by Randon, Brazil.

The new equipment will boost traffic on the Central Atlantic (FCA) and North-South Railway and are part of VLI's Reais 9bn investment plan which aims to increase traffic volumes by 73% between 2012 and 2017. This also includes the construction of new freight yards and terminals, and workshop and port facility expansions.

The latest fleet expansion follows the purchase of 42 locomotives and 2155 wagons in 2014, which underpinned total domestic production of 80 locomotives and 4703 wagons during the year.