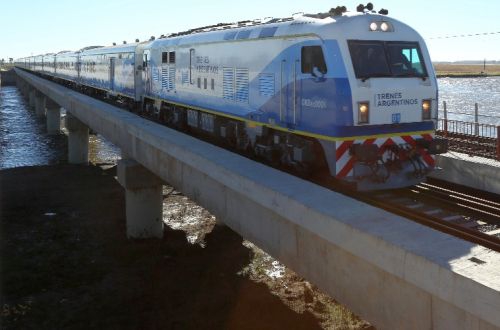 Argentinean Trains is now operating a daily service, which departs from Constitución station in Buenos Aires at 15.13, returning from Mar del Plata at 23.59. The train seats 559 passengers and serves 12 intermediate stations.

Passenger services on the 450km route were suspended in 2015 following the collapse of a 100-year-old bridge across the Rio Salado near Guerrero. The original structure bridge has now been replaced by a new 250m-long reinforced concrete bridge.