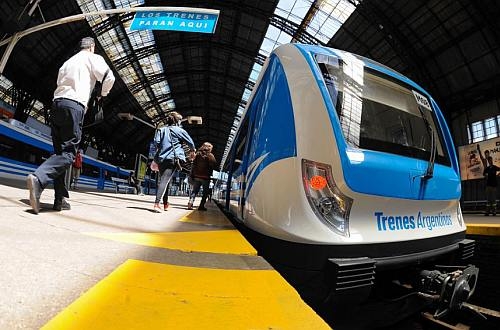 CSR Qingdao Sifang is supplying 30-six car trains for the route, which serves northern districts of the Argentinean capital, and 12 sets are now in use on Retiro – Tigre services. The remainder of the fleet is due to be introduced on the José León Suárez and Bartolomé Mitre branches within the next two months.

Alongside the introduction of new trains, 30 stations are being modernised and infrastructure has been upgraded on the three branches.

CSR has already delivered 25 similar nine-car trains for the Sarmiento Line, all of which are now in service.