Buenos Aires RER project to be tendered as PPP

THE Argentinean government confirmed on March 13 that the $US 2.3bn first phase of the Buenos Aires RER project will be implemented as a public-private partnership (PPP). 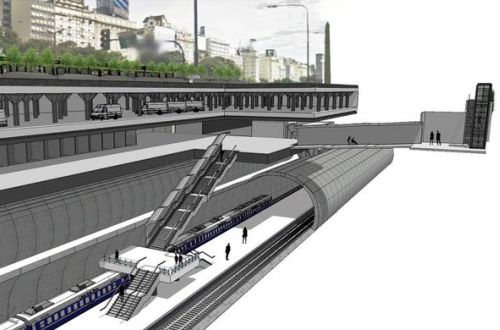 Details of the project were unveiled to representatives of around 300 construction and engineering companies, technical consultancies and financial institutions at an event at the Kirchner Cultural Centre, which was attended by Argentina’s transport minister Mr Guillermo Dietrich, finance minister Mr Luis Caputo, and Mr Horacio Rodriguez Larreta, head of the government of the City of Buenos Aires.

The first phase of the RER project involves building of a north-south tunnel beneath the centre of Buenos Aires connecting the Mitre and San Martin lines into Retiro with the Roca and Belgrano Sur lines, which link Buenos Aires and Constitución stations with the southern suburbs.

The 11km underground section will include two new stations. Central Roca will be located 27m below July 9 Avenue with two island platforms and five passenger entrances. The underground platforms at Constitución will be constructed 15m below the surface between Juan de Garay Avenue and Caseros Avenue.

Construction is expected to take four years and two months to complete, with the first phase opening in 2023.

The Ministry of Transport says the PPP will be financed through revenues from a tax on diesel fuel. Technical panels will be set up to deal with disputes between parties to ensure issues can be resolved without resorting to judicial tribunals. The contracts will also include financial incentives for efficiency and speed of construction.

“The financial engineering behind the PPP scheme makes it an attractive option for the investor, and generates greater efficiency and savings for the state,” Caputo says.

Tendering for 1500 new EMU cars for the RER network began at the end of last year, and the fleet is due to begin entering service in 2020.