ARGENTINA’s Ministry of Transport has launched an international tender for a contract to supply 1500 EMU cars for the Buenos Aires RER network, which will bring high-frequency services to suburban lines in the capital. 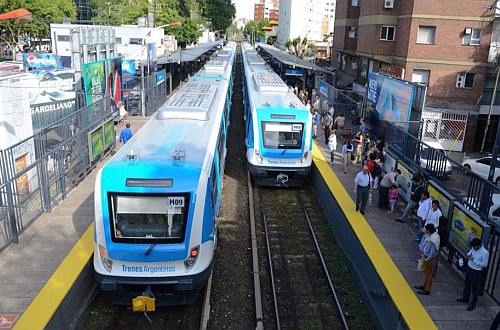 According to the ministry the order for 169 trains has an estimated value of around $US 2bn including spare parts and maintenance. Deliveries will begin in the second half of 2020 and are due to be completed in 2023, more than doubling the fleet of 1346 vehicles currently in service on the Buenos Aires suburban network.

The winning bidder will maintain the fleet for a period of at least 10 years at five new purpose-built depots.

The trains will be designed in accordance with EN and UIC standards and each set will accommodate up to 2000 passengers.

The ministry says at least 20% of components will be manufactured in Argentina, creating up to 2000 jobs and $US 300m investment in the country’s rail industry.

To develop the specification for the tender, the ministry has held three technical consultation sessions with manufacturers and rolling stock experts. These events attracted representatives from 16 national and international companies and 580 questions were received and answered as part of the consultation process.

The RER project involves building of a north-south tunnel beneath the centre of Buenos Aires connecting the Mitre and San Martin lines into Retiro with the Roca and Belgrano Sur lines, which link Buenos Aires and Constitución stations with the southern suburbs.
In the second stage of the project, an underground link will be constructed between Retiro and Once station, which will connect the Mitre and Sarmiento lines. In the longer-term, the government also proposes linking the metre-gauge Belgrano Sur and Belgrano Norte lines and incorporating them into the RER network.

When all phases are completed it is envisaged that the RER will reduce headways on the Buenos Aires suburban network from 10-15 minutes to just three minutes at peak times.