A study commissioned by Chilean State Railways (EFE) into the construction of a new rail link between Santiago and Valparaíso has concluded that one of the options under consideration would meet government investment criteria. 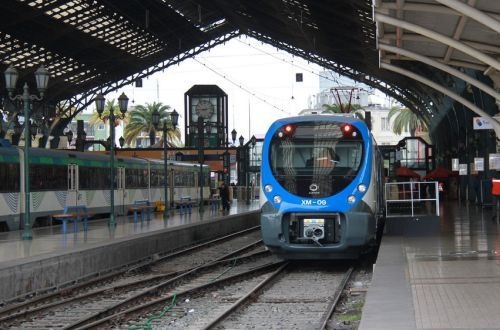 In Chile, rail is at a disadvantage for travel between Santiago and both of the country´s next two largest urban conurbations - Valparaíso/Viña del Mar and Concepción/Talcahuano - because the rail distances involved are much greater than those by road.

In the case of the Santiago - Valparaíso route, the steeply-graded single-track line, at 187km, is 56% longer than the highway. Almost from the moment the existing railway was opened in 1863, studies have been made and projects proposed for a more direct line, none of which have come to fruition.

The latest study considered three new route options, although one would involve freight traffic being carried over the existing circuitous line. In all cases, EFE´s traditional 1676mm gauge and 3kV dc electrification system would be adopted, with passenger trains running at an average of 160km/h and freight at 120 km/h.

A mountain range separates Santiago from Valparaíso and this, together with a need to both avoid friction with suburban rail and street traffic and minimise disruption in urban areas means that more than 43 route-km would be in tunnel.

Investment costs would therefore be high - between $US 4.1bn and 5.2bn - depending on the option.
Two of the routes envisage a new freight terminal close to the airport on a proposed new link bypassing Santiago to the west, but there is no guarantee that this be built, since little rail freight bypasses Santiago.

The economic evaluation showed that one of the alternatives, involving tunnelling through the mountains via the La Dormida pass, would meet government investment criteria, the optimum year for inauguration being 2034.

However the study states that it would not then be commercially viable and would not be attractive to prospective concessionaires unless the government were to offer financial incentives.

Freight traffic would be largely be containers travelling distances of only around 100km by rail from port of Valparaíso.