THE Chilean government has announced a $US 4.2bn urban public transport investment plan, of which some 45% is slated to be financed by concessionaires. 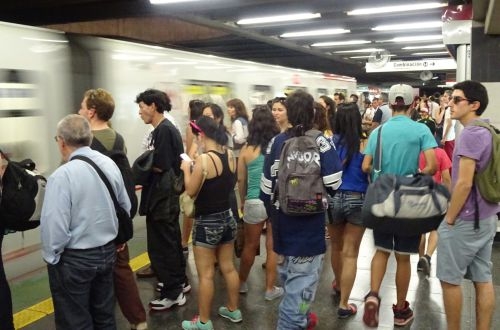 The plan is focused on the capital of Santiago, to which over 70% of the funds are destined, but also covers the country's largest regional cities.

The total amount to be invested is, however, a headline figure, since feasibility studies are yet to be carried out for many of the projects, including the proposed seventh line of the Santiago metro. Although the prime aim of the plan is to improve the functioning of Chilean cities, there is a secondary, macroeconomic, goal: to help revive Chile's flagging economy, where GDP growth has dropped from its customary 5% per year to just 2%.

On November 5 President Michelle Bachelet revealed that feasibility studies of a new Line 7 in Santiago to alleviate overcrowding on Line 1 would start immediately, and should be finished within six months. The cost of the project is estimated at $US 1.5bn and it is envisaged that the line would be operated by a private concessionaire. A further $US 1.17bn will be spent on existing metro lines 2 and 3 in Santiago.